I’ve recently started visiting some Facebook pages after resisting them for ages and apart from the odd silly comment (usually from people not reading the OP properly) it has not been too bad. The other day on one of the pages, 6mm Miniatures and Wargaming, a lovely bloke called Ricky posted that he had found (or more correctly his missus had) some A4 sized ‘Plush Foam Sheet’ that are perfect for fields whilst in a Hobbycraft shop. Upon checking out their website I saw that they do ‘Corrugated Foam’ sheets too so with my ‘Club Terrain Chap’ hat on I duly ordered some – Beige, Dark Green and Yellow ‘Plush’ and Brown ‘Corrugated’ and they arrived the next day, and they are ace: look good, great texture to the ‘plush’ ones and will drape over hills nicely and seem pretty durable to boot. Oh, and they cost 80p a sheet!!

Here’s some quick pics of what they look like with some hedges chucked on a map board: 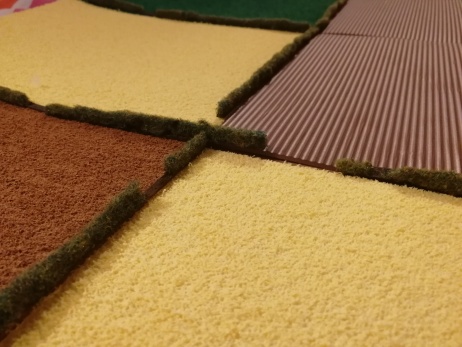 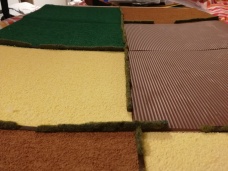 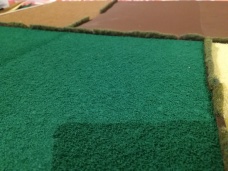 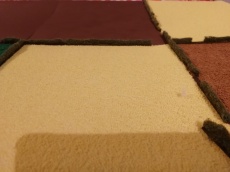 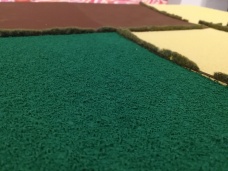 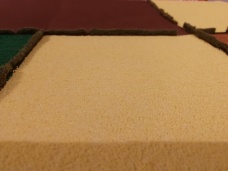 As the club doesn’t have any buildings specific for Normandy ’44 games and as quite a few of the TFL ‘Pint Sized Campaigns’ are set there I thought I might try and invest in some appropriate abodes to help with my OCD twitches when using slightly ‘off’ kit. So I started to scan the interweb for cheap as possible options and was actually quite surprised by the dearth of buildings for 20mm figures for this campaign – tons of 15 and 25mm which I must admit I thought was a tad strange.

Anyway my three-quarter arsed search resulted in me narrowing down the likely places where my shekels would go to 3 outfits:

And a German outfit called najewitz-modellbau.de but the link I had for them just brings up an error page and it seems as if they aren’t making their kit anymore which is a right shame as I really liked it, that’ll teach me! However I pulled the trigger on the Star Fort and Empires outfits ordering the 5 building Norman Village set from the latter and a Cottage and Granary from the former. All are MDF kits (I freely admit to liking the smell of burnt MDF, something quite pleasant about it I reckon, although the Mem isn’t too keen!) and with the village set being pre-painted I decided to tackle that first.

So far I have made 3 of the 5 buildings and I must say they have gone together reasonably easily, I am extremely cack-handed when model making so I am allowing for that, but I have had a couple of problems that maybe aren’t down to that. On the plus side they are ridiculously easy to knock up, I take my time and each one took about an hour to do. Once built they look really nice, the chimneys aren’t exactly wonderful but I can live with that as they are great value for money, and once I painted the doors they really came to life and I look forward to getting them on a table. On the minus side the instructions aren’t the best, a series of blurry photo’s don’t really help with the one or two ‘trickier’ bits but having said that once you’ve built one you can do the rest of the buildings without referring to them at all. The biggest gripe I have though is the dormer’s – I can’t for the life of me get the sodding roofs of these to fit properly so I am leaving it for a day or two and then will be trying again, or I might just try and get some etched card and make some of my own to fit – it could be my modelling skills as well so I’ll try another one and report back if it is a consistent problem (EDIT: Immediately after posting this I had another go and managed to get them on, it was deffo my cack-handidness ballsing this up!). I also decided not to remove the cut outs on the roof for the chimney’s as it just didn’t look right on the first one (I re-did it after doing the 2nd building differently and seeing the difference). All in all though I am happy with these and for only £35 for the 5 they are a bargain I reckon. I’d also like to say that the service was very good too, delivery was within a week so a plus there, I’ll be definitely getting more from them when they release more in this range.

I won’t be tackling the Starfort buildings for a bit as I need to get some enamels to paint them and also they didn’t come with any instructions! Now as they are a bit more involved that the Empires ones I think that it wouldn’t have harmed them to help us out by giving us a hint at what to do, I’ll be pinging them an email to see if any are available as I couldn’t see any on their site for these particular models.

Anyway here’s some pics of the 3 made so far, I’ll bung the other 2 up later once I have them finished, I reckon once they are all done and a shop or two plus a church are added they could make a nice little village. 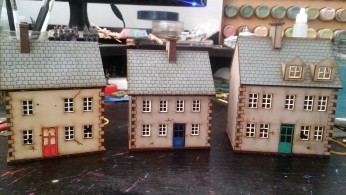 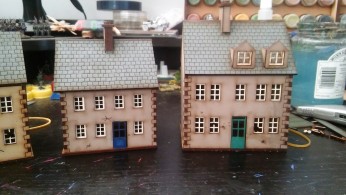 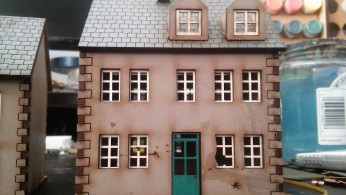 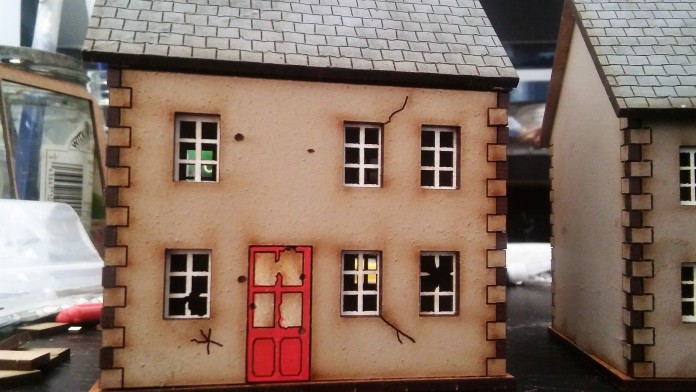